Jason started skating at the age of three and half
when his mother enrolled him and his sister, Jordan
in Learn to Skate classes. At the age of five, he began working
with his longtime coach Kori Ade and trained at various rinks in the Chicago.

After graduating from Highland Park High School in 2013,
he relocated with Ade to Monument, Colorado.
At the 2014 U.S. Championships, Jason won the silver medal
and competed at the 2014 Olympics in Sochi, Russia,
where won the bronze medal in the team event and finished in 9th place
in the individual event. Jason won his first senior U.S. title in 2015.

In 2022, Jason competed at his second Winter Olympic Games in Beijing, China. He finished in 6th place. 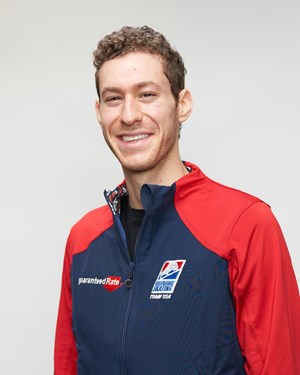